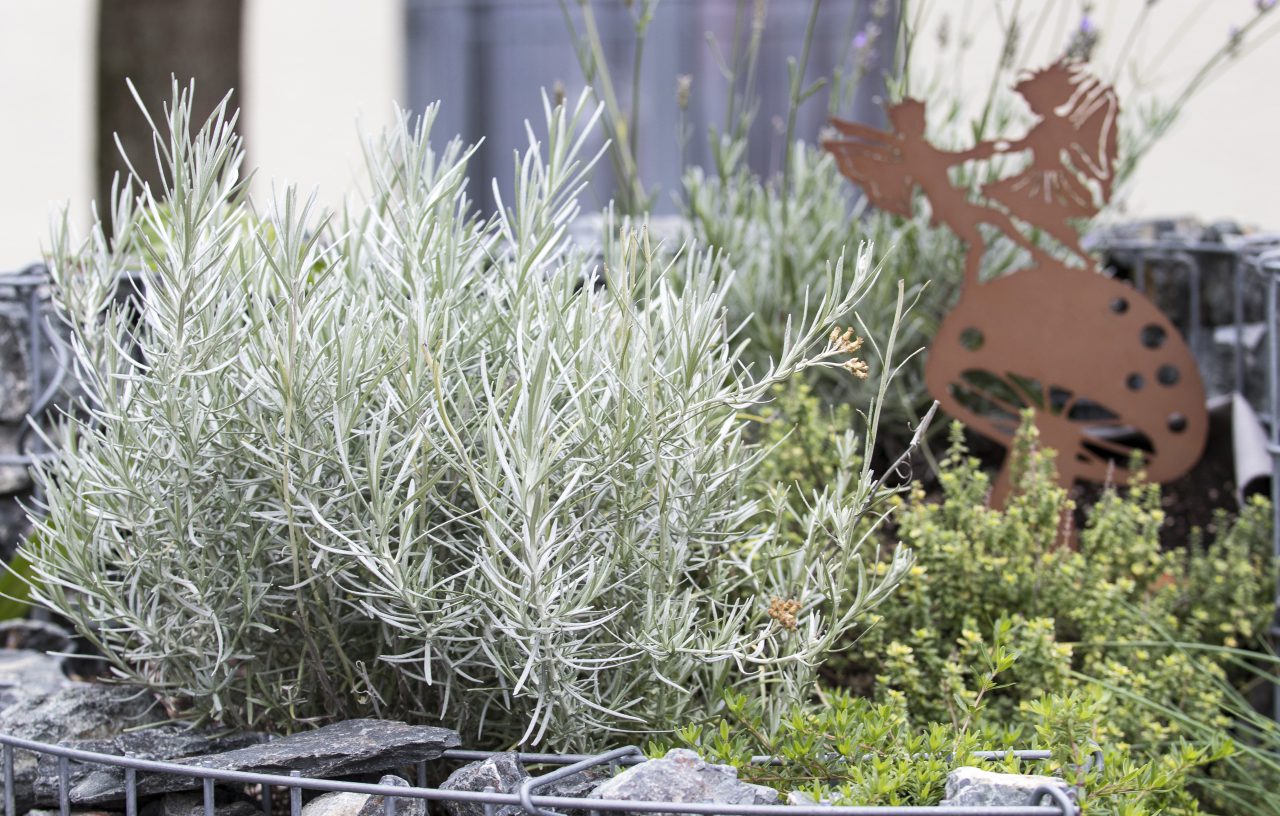 Italian decoration with a wonderful taste

Herb of the month October

It is autumn and in some parts it is wonderfully golden. The month of October used to be called Gilbhart and reminded in its name of the numerous golden coloured broad-leaved trees. However, it also brings colder days – and thus, time for hours together in the warm and cosy kitchen and – unfortunately – also some colds.

Our herb of the month can be used in both ways – in the autumn kitchen (not only) as a kitchen herb as well as a valued medicinal herb for many ailments. Its true name indicates its origin and appearance: The small bright yellow flowers of the Italian Everlasting and the greyish-yellow leaves of this evergreen half-shrub are a beautiful decorative addition to your garden in all seasons. Later, the pleasant curry aroma of the leaves and flowers led to the more well-known name curry herb (mostly in German speaking countries) or dwarf everlast. However, there is no relationship to the curry spice – the well-known mixture of different spices and herbs – but only a very similar smell and taste. The bush, which originates from the Mediterranean region, also offers a note of sage. Its intense smell, which it owes to the many essential oils it contains, is particularly intense after the rain.

The oil of dwarf everlast can be obtained by distillation and is known in naturopathy as immortelle oil. It can be used for bruises and sprains. Positive effects on body and mind are to be felt by inhalation alone. The oil is not suitable for direct consumption. Dwarf everlast is also used as a medicinal herb to relieve stress and restlessness as well as skin complaints. Beside this, it is known for its antibacterial and anti-inflammatory effects. It is therefore also used as an ointment based on essential oils. At the beginning of a cold, we recommend a tea made from fresh or dried blossoms of dwarf everlast, which blooms from summer into early autumn.

In Germany, dwarf everlast is increasingly known as seasoning herb. Either the leaves or whole branches are used, which best develop their aroma directly after harvesting: i. e. in rice dishes, white meat dishes such as lamb or chicken as well as in soups and pasta or vegetable dishes. Another tasty use is homemade herbal salt with dwarf everlast and other Mediterranean herbs such as oregano and thyme.

Here at the Landhotel, dwarf everlast is at home in our herb spiral – directly at the main entrance. This little “all-rounder” was, so to speak, a pioneer in the hotel, because it is one of the first herbs to be planted on the Kräuterberg’l. Since then it has been sending its pleasant fragrance and spoiling our guests with culinary delights in the morning, as it has meanwhile found a permanent place in our own herb creations in the heart of our hotel kitchen.